Tips from the Bar: The Happy Parakeet 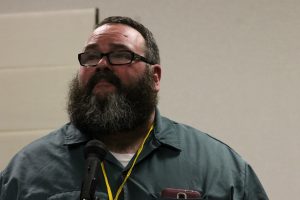 Zeke Russell grew up in Central Maine surrounded by artists and lumberjacks. Since then he’s been a cook, a teacher, a security guard and a social worker. He was a member of the 2016 Boston Poetry Slam Team and the 2011 Mill City Slam Team. He was the color commentator for the SlamCenter podcast that covered the 2013 National Poetry Slam. His work has appeared in Drunk In a Midnight Choir, Wyvern Lit, Maps For Teeth and Printer’s Devil Review. He lives in South Boston with his partner Emily and is the second best poet in the apartment. He owns the world’s worst behaved pug dog and usually needs a hair cut.