Tips from the Bar: No, You Can’t Be Creepy 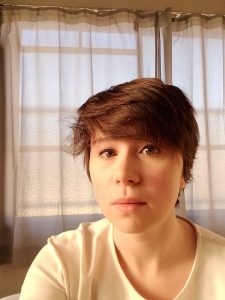 Catherine Martin was born in Florida and raised in Georgia. She’s been writing poetry since she was 13, which is officially half of her life. She loves Massachusetts, but doesn’t write about it too much. She does marketing, graphic design, photography, and video editing professionally. She does yoga, poetry, and drinking personally. Last year, she produced the third season of the Encyclopedia Show Somerville, which was pretty great. Catherine went to Smith College, and then Emerson College, so now she’s done with college for a while. Her work has appeared in the Nimrod Journal of Prose and Poetry, the Superstition Review, Drunk in a Midnight Choir, and elsewhere.