Tips from the Bar: The Nicole Homer Prompt 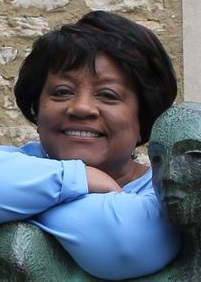 Rose M. Smith is a shy, quiet poet who’s lived most of her life in Columbus, Ohio– a conversational voice heavily informed by human situations and emotion. Locally voted “poet most unlike herself at the mic,” she has been known to silence an unruly room when her poems begin to speak. She has represented the Columbus poetry venue Writers’ Block Poetry at the National Poetry Slam on four separate occasions, performing at the Finals Stage showcase in 2012.

A Cave Canem fellow, she is the author of Shooting the Strays (Pavement Saw Press, 2003) and A Woman You Know (Pudding House Publications, 2005) and was co-editor of Cap City Poets: Columbus and Central Ohio’s Best Known, Read, and Requested Poets (Pudding House Publications, 2008). Her work has appeared in Chiron Review, The Iconoclast, Good Foot, Pavement Saw, Concrete Wolf, Boston Literary Magazine, The Examined Life, Main Street Rag, and The Pedestal Magazine, and other journals and anthologies. Rose is also one of the organizers of The Poetry Forum, Columbus’ longest-running poetry series, and a 2011 TEDx Columbus speaker.

Note that tonight’s open poetry slam is a speed slam 3-, 2-, and 1-minute rounds, and is the Last Chance Slam in the series. The slam winner qualifies for the 2016 World Qualifier.

This show in our weekly Wednesday series takes place at the Cantab Lounge, 738 Massachusetts Ave. in Cambridge. Doors for the show open at 7:15. The open mic begins at 8:00 and the feature performs at approximately 10:00. The Last Chance Slam, the final open SPEED slam to qualify for the 2016 World Qualifier, will follow. The show is 18+ (ID required) and the cover charge is $3.