Tips from the Bar: Three-Word Prompt 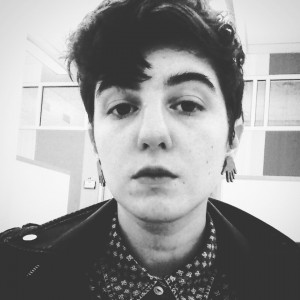 Sophia Holtz is a writer, performer, and sometimes-illustrator. She has featured in bars, colleges, and the occasional basement throughout the United States, and was a member of the 2015 Boston Poetry Slam team. Her work has appeared glitterMOB, decomP, H_NGM_N, and other journals. She received her BA from Hampshire College, and is a current MFA candidate at NYU. Find her at sophiaholtz.com.

This show in our weekly Wednesday series takes place at the Cantab Lounge, 738 Massachusetts Ave. in Cambridge. Doors for the show open at 7:15. The open mic begins at 8:00 and the feature performs at approximately 10:00. The Last Chance Slam, the final open poetry slam to qualify for the 2016 Team Selection Slams, will follow. The show is 18+ (ID required) and the cover charge is $3.