Tips from the Bar: Worst Allston Xmas Ever

Cantab Feature for Wednesday, December 30, 2015: Sam Rush and the Champion of Champions Slam 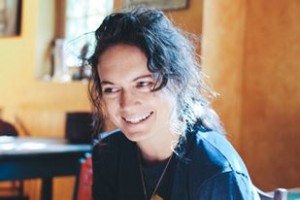 Sam Rush was raised in South Florida, but now makes poems and songs in and around New Hampshire. Sam got to writing poems after developing progressive hearing loss as a teenager and noticing how many words each word could be. Sam represented the venue Slam Free or Die in the 2014 and 2015 National Poetry Slams and the 2014 and 2015 Women of the World Poetry Slams (WOWPS), performing on Finals stage at WOWPS 2015. They have had work featured in Snacks, Drunk in a Midnight Choir, Alight: The Best Loved Poems of WOWPS 2014, and on Button Poetry, and are the author of chapbooks I meant to say glory and Halleluia or bedbug language for it. Sam currently directs programs at Friends Forever, a non-profit focused on empowering youth from cultures in conflict.