Tips from the Bar: The Valerie Loveland Prompt

Due to circumstances beyond her control, Venessa Marco will not be able to attend the Cantab show this week. We are working to re-book the artist at her earliest convenience. In the meantime, the Boston Poetry Slam is pleased to substitute an excellent last-minute local of the utmost quality: 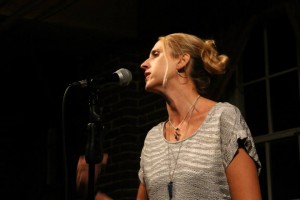 Nora Meiners started writing poems in 2011 after multiple decades of not writing poems. She began attending the Cantab at that time and discovered that apparently her heart has a secret knock and Cantab was a room of poets who knew it. Since then, Nora has competed in the National Poetry Slam for the Boston Poetry Slam (2013) and the Lizard Lounge Poetry Jam (2014).

Nora lives in Cambridge and is raising a six-year-old son as a single mom. She spends her Wednesday nights hosting for the Boston Poetry Slam and her days working as the “missing pieces person for a jigsaw puzzle company.” Yes, that is the real job title. You can follow her on Instagram and Twitter, or tumblr.

Biography of the postponed feature: 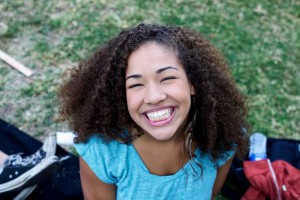 Venessa Marco is an African-Caribbean writer by way of Cuba and Puerto Rico and is currently pursuing her PhD in English. She was a member of the 2012 Da Poetry Lounge slam team from Hollywood, California and a member of the third-place 2013 Nuyorican Poets Cafe slam team. She placed sixth at the 2014 Women of the World Poetry Slam. She currently resides in Harlem, loves jazz and is a self-proclaimed Wu Tang Clan member.