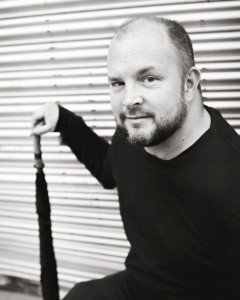 Jeffrey McDaniel is the author of five books of poetry, most recently Chapel of Inadvertent Joy (University of Pittsburgh Press, 2013), and including The Endarkenment (Pittsburgh, 2008), The Splinter Factory (Manic D, 2002), The Forgiveness Parade (Manic D Press, 1998), and Alibi School (Manic D, 1995). A compilation of selected poems, Katastrophenkunde, was translated into German by Ron Winkler and published in 2006.

Jeffrey represented Washington, D.C. in the 1993, 1994 and 1995 National Poetry Slams, as well as Venice Beach in 1998. His poems have been published in many magazines and anthologies, including Best American Poetry in 1994 and 2010, Ploughshares, and American Poetry Review. In 2010, he was one of five judges for the National Book Award in poetry. A recipient of an National Endowment for the Arts Fellowship, he teaches at Sarah Lawrence College and lives in the Hudson Valley. 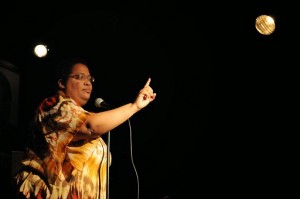 Tonight’s show will also feature a spotlight by Tolonda Henderson! Tolonda lives in Virginia and was a finalist for the Beltway Poetry Slam’s 2013 National Poetry Slam Team. Her poem “Regrets” may be seen on Button Poetry. She regularly performs features in the Washington, D.C. area, and moonlights as an academic librarian by day.