Tips from the Bar: Proverb, Punchline 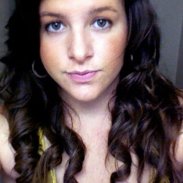 Megan Falley is one of just a handful of poets to be published on both Write Bloody Press and Penmanship Books. After earning her undergrad degree and representing SUNY New Paltz for four years at CUPSI, she helped found one of the largest collegiate spoken word tournaments in the country. Her publication credits include Vinyl, kill author, and PANK. She may be reached at meganfalley.com.