Workshop for January 11, 2012: “The Terrible Discovery and the Mechanics of Time” with Scott Beal

Tips from the Bar: Don’t Make It Creepy 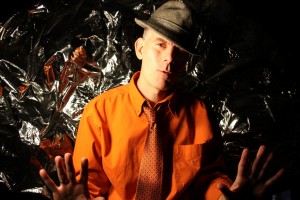 Scott Beal is a poet, educator, freelance writer, and stay-at-home father of two who grew up in Michigan, Oklahoma, Tennessee, and Ohio, and earned his MFA from the University of Michigan in 1996. His poems have appeared recently in Indiana Review, Dunes Review, Radius, and in a split book with Rachel McKibbens and Aracelis Girmay entitled Jangle the Threads (Red Beard Press, 2010). He teaches poetry and fiction workshops at the Neutral Zone and 826michigan, and serves as a writer-in-the-schools for Dzanc Books in Ann Arbor and for InsideOut Literary Arts in Detroit. He recently co-authored Underneath: The Archaeological Approach to Creative Writing with Jeff Kass (Red Beard Press, 2011).

In addition to his feature, Scott will also present an early-bird workshop at the Cantab before doors open for the show.