Tips from the Bar: the Carlos Williams Prompt

It’s time for our first NorthBEAST Regional Team Slam of the summer! The 2013 National Poetry Slam is coming to Boston this August, and it’s about time for a little warm-up… On this night, four teams from the NorthBEAST region will face off in a NPS-style four-team bout for bragging rights and Nationals-level performance practice. Come cheer on the Mill City Slam from Lowell, Portland’s brand new Rhythmic Cypher team, Manchester’s one-and-only Slam Free or Die, and your very own home folks from the Boston Poetry Slam. 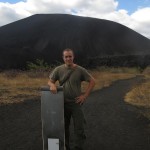 But wait, there’s more: this event will be hosted by a special guest! We’ve tracked down the 2011 National Poetry Slam Finals MC, Nick Fox, to act as the ringmaster of all that is slammerific and awesome, since he is taking a sabbatical from his adopted hometown of New Orleans and currently resides just next door in Providence. That’s right: this novelist, poet, emcee, Flagstaff Poetry Slam founder, MFA Creative Writing grad from Warren Wilson, volcano-sledder, and repository of a near-infinite amount of facts about mules is taking a break from writing his fourth novel just to host for us! We’re SO ready for NPS 2013 here at the Boston Poetry Slam. Are you?

This show in our weekly Wednesday series takes place at the Cantab Lounge, 738 Massachusetts Ave. in Cambridge. Doors for the show open at 7:15. A slightly shortened open mic begins at 8:00 and the slam begins at approximately 10:00. The show is 18+ (ID required) and the cover charge is $3.