Workshop for Wednesday, April 24: “Stranger Than Fiction” with Marty McConnell

Tips from the Bar: The April Ranger II Prompt 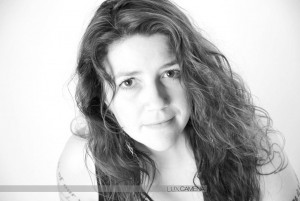 Marty McConnell, NUPIC champion and author of wine for a shotgun.

Marty McConnell transplanted herself from Chicago to New York City in 1999, after completing the first of three national tours with the Morrigan, an all-female performance poetry troupe she co-founded. She received her MFA in creative writing/poetry from Sarah Lawrence College, and for nearly a decade, co-curated the flagship reading series of the New York City-based louderARTS Project. She appeared on both the second and fifth seasons of HBO’s Def Poetry Jam. She returned to Chicago in 2009 to co-found Vox Ferus, an organization dedicated to empowering and energizing individuals and communities through the written and spoken word.

A member of seven National Poetry Slam teams representing New York City and Chicago, McConnell is the 2012 National Underground Poetry Individual Competition (NUPIC) Champion. In 2011, she completed her first European tour and debuted her one-woman show, “vicebox.” She is a two-time recipient of the Community Arts Assistance Program grant from the City of Chicago’s Office of Tourism and Culture, and received a 2013 grant from the Illinois Arts Council.

Marty’s latest book is wine for a shotgun, available at EM Press. You can visit her at martyoutloud.com.

In addition to her feature, Marty will also present an early-bird generative poetry workshop called “Stranger Than Fiction.”

This show in our weekly Wednesday series takes place at the Cantab Lounge, 738 Massachusetts Ave. in Cambridge. Doors for the show open at 7:15. The open mic begins at 8:00 and the feature performs at approximately 10:00. A speed version of the Champion of Champions poetry slam for the current 8×8 series will follow. (There is no open poetry slam tonight.) The show is 18+ (ID required) and the cover charge is $3.