Workshop for Wednesday, April 10: “Your Heartbeat Has Been Telling You For Years” with Artie Moffa

Tips from the Bar: The Preying Mantis Prompt 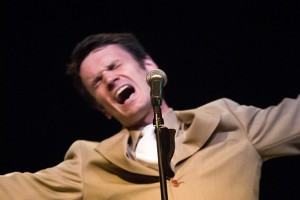 Artie Moffa never sought out a publishing deal, but somehow his limericks have been sold at tastemaking poetry boutiques such as Wal-Mart, Target, and the Apple Store. He never wanted to be an “activist” poet, but somehow his economic manifesto spent three weeks on YouTube’s top 100 and was the first performance piece to be panned by the vaunted literary critics of Consumer Reports. He started a company to publish more light verse, formalism, and comic strips…and his most successful releases have been Sam Teitel and Carrie Rudzinski. He has never competed at NPS or IWPS, yet here he is featuring at the Boston Poetry Slam during National Poetry month, of all things. Most of Artie’s successes in poetry have been unplanned, but when you see him perform on stage, you’ll realize that every line, word, or syllable of his poems is exactly where he wanted it to be.

In addition to his feature, Artie will also present an early-bird workshop at the Cantab before doors open for the show.