Tips from the Bar: the Dawn Gabriel Prompt 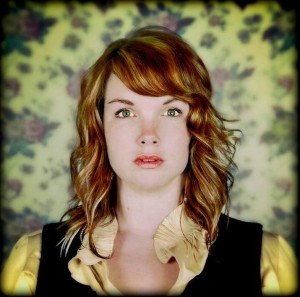 Lauren Zuniga is a nationally touring poet, teaching artist and emerging activist who believes in dreaming global and shouting local. In 2010, she challenged the Oklahoma legislature with an evocative video poem that received national attention and made the governor cry. Along with stunning hate mail, she was nominated for State Poet Laureate, performed at the prestigious TEDx conference and has since shared stages with top business leaders, state officials and rock stars.

She is the founder of Oklahoma Young Writers, a member of the State Art Council Touring Roster and has represented Oklahoma in 8 national poetry competitions. She has toured from Canada to New York to Texas offering a fresh style of strong imagery and inspiring passion, and her competition chops brought her all the way to the Finals stage of the 2012 Women of the World Poetry Slam in Denver. Her work has been featured in several independent films, on XM radio, and in fun places like Muzzle Magazine and The Good Things About America anthology from Write Bloody Publishing. She was one of seven winners chosen for Write Bloody’s 2011 open submission competition for her second poetry collection, Smell of Good Mud, to be released in April 2012. She currently lives with her two kids in an artist collective named Clementine.