Workshop for April 11, 2012: “Mirror, not Movie Screen” with Karrie Waarala 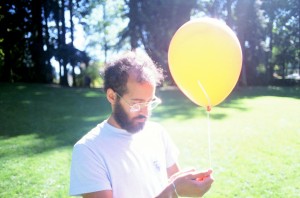 Anis Mojgani is a two time National Poetry Slam Champion and winner of the International World Cup Poetry Slam (Bobigny, France). A National Book Award Nominee and former resident of the Oregon Literary Arts Writers-In-The-Schools program, Anis has performed at numerous universities, festivals, and venues around the globe. He has performed for audiences as varied as the House of Blues and the United Nations, and his work has appeared on HBO, NPR, and in the pages of such journals as Rattle, Bestiary, and The Legendary. A founding member of the touring Poetry Revival, Anis is also the author of two poetry collections, both published by Write Bloody Publishing: Over the Anvil We Stretch (2008) and The Feather Room (2011). Originally from New Orleans, he currently lives on the east side of Austin TX in a tiny house with his wife.