The Boston Poetry Slam and the House Slam Present: THE GRUDGE REMATCH, April 17, 2016

Tips from the Bar: Mouthy

Cantab Feature for Wednesday, April 20, 2016: Ross Gay and the Champion of Champions Slam 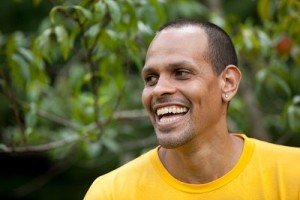 Ross Gay is the author of three books: Against Which; Bringing the Shovel Down; and Catalog of Unabashed Gratitude, which was a finalist for the 2015 National Book Award in Poetry and is nominated for an NAACP Image Award. He is also the co-author, with Aimee Nezhukumatathil, of the chapbook “Lace and Pyrite: Letters from Two Gardens,” in addition to being co-author, with Richard Wehrenberg, Jr., of the chapbook, “River.” He is a founding editor, with Karissa Chen and Patrick Rosal, of the online sports magazine Some Call it Ballin’, in addition to being an editor with the chapbook presses Q Avenue and Ledge Mule Press. Ross is a founding board member of the Bloomington Community Orchard, a non-profit, free-fruit-for-all food justice and joy project. He has received fellowships from Cave Canem, the Bread Loaf Writer’s Conference, and the Guggenheim Foundation. Ross teaches at Indiana University and is currently a Radcliffe Institute fellow at Harvard University. Find him at rossgay.net.