Tips from the Bar: Not Even the Mayor of Flavortown 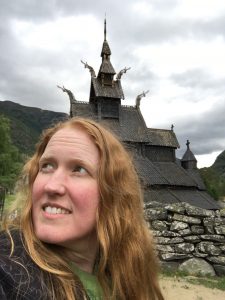 Suzanne O’Toole is a Boston-based spoken word poet who enjoys lending her voice to several characters on various podcasts. She can be found playing the voice of Janet’s mother, Theresa Clarke, on the space-themed time-traveling show Solutions to Problems. Most recently, she can be heard voicing the Honorable Margaret Fly on the newly released surrealistic podcast Wait Wait Don’t Teleport Me!! Her poetry has been published in The Canton Citizen, Canton Writes, and Oddball Magazine.