Moonlighting: A Queer Open Mic and Reading Series on January 5, 2020 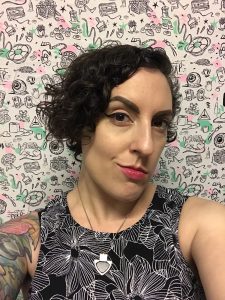 Meaghan Ford is a queer writer from New Jersey who was voted Most Likely to Leave and Never Come Back. They are a two-time National Poetry Slam Semi-Finalist with the Boston Poetry Slam team and received their MFA from Emerson College. Some of their work has appeared or is forthcoming in The Rumpus, NAILED, PANK, and the Write Bloody We Will Be Shelter Anthology. Meaghan can most often be found hanging out with the cat at your party.