Tips from the Bar: Backtrack 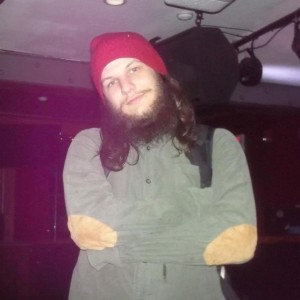 Matthew Richards is a long-time regular at the Slam Free or Die reading in Manchester, NH and a sporadic regular at the Cantab open mic. He competed in the 2011 National Poetry Slam as part of the Manchester team, and has performed at Sarah Lawrence College and other venues across New England since 2009. His work has appeared in journals such as Tiferet, Star*Line, and OVS and he was nominated for a 2011 Rhysling Award by the Science Fiction Poetry Association. He was also a participant in the Occupy protests in New Hampshire, and is working on a manuscript about his experiences being an activist and interacting with Manchester’s homeless population. He is excited to come home to the Cantab and share his poetry with one of his favorite audiences in the world!

Matthew will be vending his newly released CD, Granite Fire Alarm, portions of which have aired on the Indiefeed Performance Poetry Podcast.