Tips from the Bar: the Morris Slavin Prompt 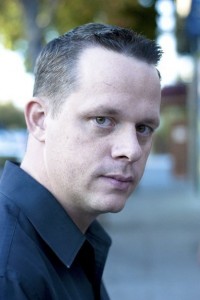 Chad Anderson is a poet and teacher from the Jersey Shore. His work has been published in The Barbershop Chronicles (Penmanship Books 2009) and Aim for the Head (Write Bloody 2011). Excerpts from his poetry have recently been quoted in The New York Times. In 2009, he coached the first National Poetry Slam team to ever consciously choose to drop out of semi-final competition.