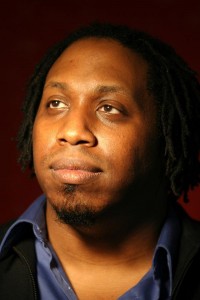 Ed Mabrey is a two-time Individual World Poetry Slam Champion (2007/2012 and was the first person of color to win the title), 2012 Poetry Slam Artist of the Year (National Poetry Awards), 4-time National Poetry Slam Finalist, an Emmy nominated actor, National Best Selling poetry anthology contributor (Spoke Word Revolution Redux/Sourcebooks), motivational speaker, poet, and amateur comedian. He has served as Host/Master of Ceremony for over 200 events in the past 4 years and over 600 events in the past 8 years. Ed tours internationally and has conducted performances and workshops at over 70 colleges and universities, and most recently showcased his poem “Firework” on the 2013 National Poetry Slam Finals stage.