Cantab Recap for Wednesday, May 15

Tips from the Bar: Get Off My… Turntable 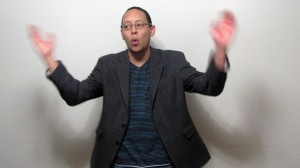 Marshall “Gripp” Gillson is a nerd by day and a rapper/poet by day also. He has released four independent LPs, two mixtapes, and several compilation albums. Through glassEyeballs, an independent record label and publishing company, he released “Head in the Cloud” in February 2012. He has been an active slam poet since 2008 as a member of both Atlanta-area slam teams and the Salt City Slam team. He placed second in the annual Utah State Arts Festival Slam in 2008 and logged a top-ten finish in the 2009 Arkansas Grand Slam. His crowning achievement, however, is his first place finish in the 2011 National Poetry Slam Magic: The Gathering tournament. In his spare time, he enjoys arguing, pontificating, and writing biographies in the third person.