Cantab Recap for Wednesday, May 16

Radio Recap for Monday, May 21

New and Improved Monday, May 21: Melissa Newman-Evans and Kemi Alabi 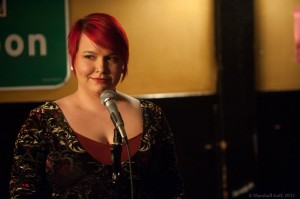 Melissa Newman-Evans is a graduate from Emerson College who has been waiting tables at the Cantab Lounge for three years, and designing books for poets in the poetry slam community for at least a year more than that. She has headlined shows around the northeast, including Brandeis University, Emerson College, Sarah Lawrence University, the
Providence Poetry Slam in AS220, and the Cantab Lounge. She is a member of the 2012 Boston Poetry Slam team and, much like her Cantab predecessor (Judy Griffin), she thinks that if you wanted a tonic and gin, you should have ordered it that way.

Melissa will lead a writing workshop this week for the New and Improved Monday series at Radio! Come get your scientific narrative on. 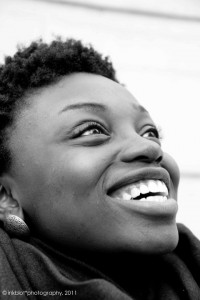 Kemi Alabi, feature at New and Improved Mondays at Radio. Photo by inkblot.

Kemi Alabi is a writer and performer from Milwaukee, Wisconsin pursing a joint degree in Philosophy and Political Science from Boston University. She has served a two-year tenure there as president of the spoken word collective Speak for Yourself, producing dozens of events while facilitating weekly writing and performance workshops. Kemi competed with BU’s first (and only) slam team, representing the university at CUPSI 2010. Since then, she’s performed in colleges, museums, poetry clubs, theaters, and protests throughout New England, occasionally flying home to teach creative writing at her high school alma mater. She will compete at the National Poetry Slam as a member of the 2012 Boston Poetry Slam team.

NEW AND IMPROVED MONDAYS continues on Monday, May 21 at Radio, a new bar and performance space at 379 Somerville Ave., Union Square, Somerville. Doors open for the show at 6:30 p.m. with the workshop beginning at 7:00. Open mic begins at 8:00 and the double-feature will take the stage at 9:00. Cover charge is $5 and the show is 21+.