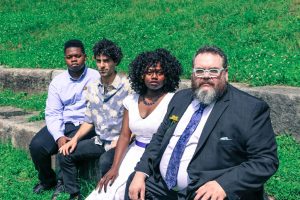 The team is composed of Joshua Elbaum, Arianna Monet, Zeke Russell, and Terah Ehigiator, and they are the venue’s first four-poet team since 2007. They like wolves, mangoes, green spaces, lush content, spare language, and important silences, and they believe in making the poem bloom onstage. Performance coaching and bookings for the team are provided by Simone Beaubien. 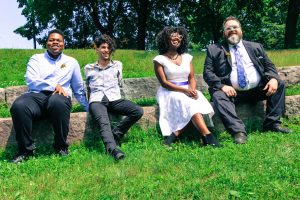