These books were initially printed on demand by the Harvard Book Store, then produced at cost by Adam himself. To obtain one, you’ll need to come in and order directly from the bartender downstairs.

The release party for the first printing of the anthology took place on October 15, 2012. Our thanks to Marshall Goff, who was in attendance to document the event and share these photos; many of his photos appear in the book as well. 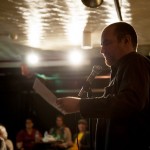 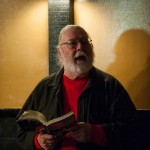 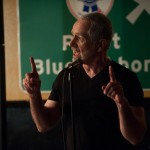 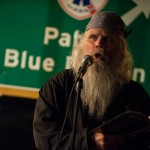 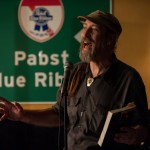 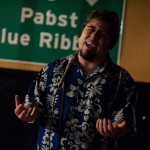 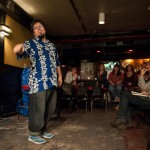 Kevin Spak on the site of the classic-but-not-original Third Rail stage. Photo by Marshall Goff. 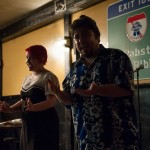 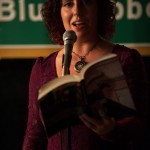 Meaghan Ford reads a cover straight out of the brand-new Cantab anthology. Photo by Marshall Goff.