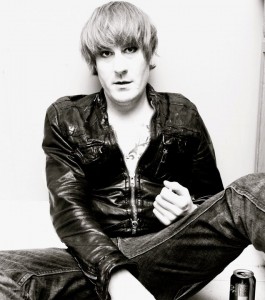 James Caroline in a portrait by Caleb Cole.

James has facilitated workshops and performed as a guest at Hampshire College, Emerson College, Sarah Lawrence College, Berklee College of Music, Brandeis University, Mount Ida College, and Bilkent University in Ankara, Turkey, among others. He taught and was a featured artist at The Saints and Sinners Literary Festival in New Orleans as well as the Atlanta Queer Literary Festival. 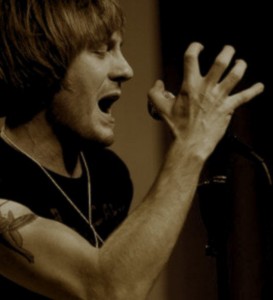 During the spring of 2004, he directed and performed in Musician and the Muse, a performance of poetry and music at the Cambridge Multicultural Arts Center, featuring Nicole Terez, Tom Daley, Regie Gibson, and Iyeoka Okoawo. He was also commissioned to write the vocal text and act as artistic sound director for the Naked Truths; Voices of Shame, Sexuality, and Eating Disorders in Women, a play performed at HERE multimedia center in Manhattan. Selected publication credits include The Lifted Brow, The Cascadia Review, Quarry, Subliminal, A Face to Meet the Faces: An Anthology of Contemporary Persona Poetry, and Painted Bride Quarterly.

Recently, he became the closing speaker for Join The Impact Massachusetts, performing alongside Senators and activists in protests against DOMA, Prop 8, and other Queer issues. He is currently working on a collection of poems, Live, From the Killing Jar, and a novel in verse based on the myth of Dionysus.